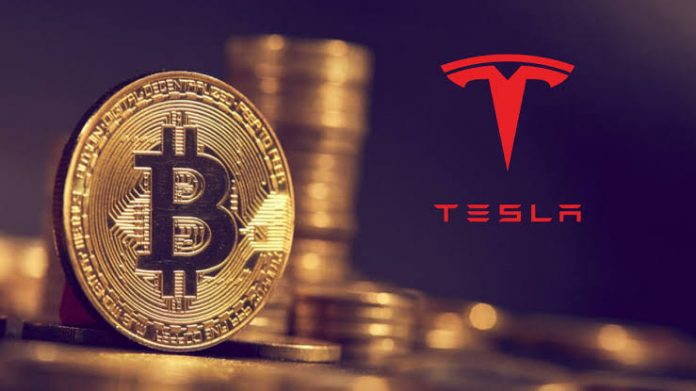 The tech billionaire informed the public via his Twitter account that the reason for the suspension is out of concern emerging from the “rapidly increasing use of fossil fuels for bitcoin mining.”

Following the announcement by Elon Musk, the price of Bitcoin dropped about 5% within the first minutes.

Tesla revealed in February, during an SEC filing, that it bought $1.5 billion worth of bitcoin and it may invest in more of Bitcoin or other crypto currencies in the future.

At that time in February, the company said it would start accepting Bitcoin as a payment method for its products, resulting in an upsurge in the prices of Bitcoin.

Elon Musk’s support for cryptocurrency has had continued effect to the prices of cryptocurrencies, especially Bitcoin and the meme-inspired Dogecoin, in recent months.

While Tesla said it would not accept Bitcoin for vehicle purchases, Musk specified that Tesla plans to hold the coin it has, rather than sell them. He added that Tesla would be looking into other cryptocurrencies that require less energy for transactions.

Tesla, during the first quarter, bought $1.5 billion worth of Bitcoin, then sold $272 million worth. According to Tesla’s financial filing on April 26, profits from Bitcoin sales specifically allowed the company to notch a $101 million “positive impact” toward profitability.

Musk has been quite open with his interest in Bitcoin and Dogecoin, tweeting and making jokes about these with millions of his followers.

Over weekend, Elon Musk made his hosting debut on “Saturday Night Live.” Mr Musk, during the prologue, talked about Dogecoin. This led to the prices of Dogecoin going down by 30% over the course of the hour that Musk hosted the show.

Send us a full report about your startup to [email protected]i.africa and we might publish it.