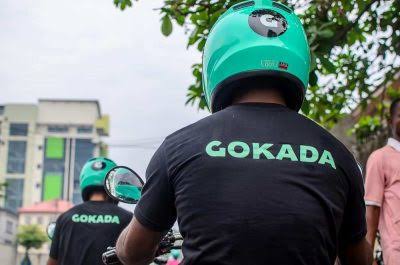 The announcement is coming eight months after former CEO, Fahim Saleh, was gruesomely murdered in his New York home.

Newly appointed CEO, Nikhil Goel, joined Gokada in 2019 as the Vice President of Rides, and has been a key part of the start-up.

His elevation to the role of the CEO is quite expected as he has been responsible for running the company since the tragic loss of Fahim Saleh in July, 2020.

Before Goel’s time at Gokada, he has worked as the General Manager of Zomato, which is a food delivery start-up in India.

He has also served as the head of New Verticals at SafeBoda in Kenya.

After working as VP at Gokada, Goel, in March, 2019, took up the Chief Operating Officer (COO) position.

He was later promoted, and became the President in September, 2020, to oversee operations.

While commenting on the new position, Nikhil Goel said:

“It is a real honor to continue Fahim’s legacy as CEO of Gokada. Fahim’s passion for entrepreneurship in Nigeria was infectious and inspiring. I was fortunate to have worked very closely with him. Together with Fahim’s family and Gokada’s investors, our incredible team here in Nigeria will continue to build the vision Fahim created to make a great impact on businesses and lives in Nigeria and beyond.”

“Nikhil is a natural successor to Fahim as they worked so closely together to set the direction of the company’s current trajectory. Nikhil really understands Fahim’s mission in founding Gokada and I am fully confident in his ability to lead the company to great success. Fahim had a passion for technology being used to scale access and create a lasting impact and his brilliance lives on in Gokada. Nikhil has done an incredible job leading the company since Fahim’s passing and we believe he’ll continue to take Gokada forward, just the way Fahim envisioned.”

Gokada, which started as a ride-hailing service, has had to undergo a remodel of its services, and now provide services like food delivery, parcel delivery, and other “last mile logistics” solutions around Lagos state.

Aside losing its CEO, Gokada, last year, faced different challenges which is not limited to Lagos state’s ban on okada.

Although, the start-up only runs in Lagos, it has about 1000 riders, and thousands of SME customers. Gokada says it is working on expanding its services to other parts of Nigeria.