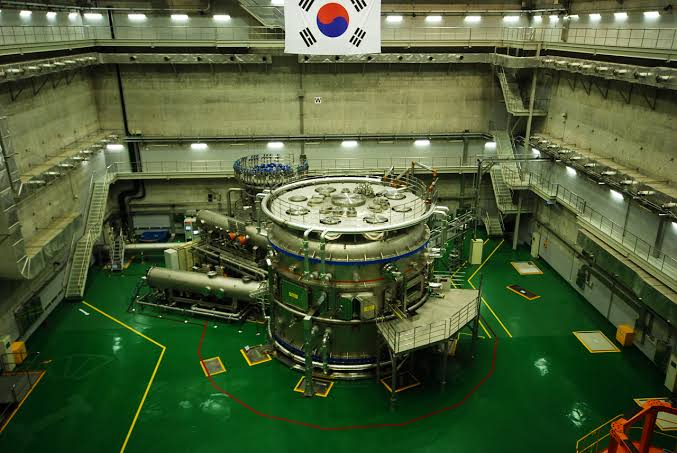 The project, which was developed by Korea Institute Of Fusion Energy, in conjunction with Seoul National University, and Columbia University, USA, was able to maintain high-temperature plasma for 20 whole seconds with an ion temperature of 100 million degrees celsius.

The Artificial Sun, in 2018, was able to sustain an ion temperature of 100 million degrees for the first time, and it lasted for only 1.5 seconds.

Scientists have then, re-created the fusion reactions, with the help of hydrogen isotopes that were placed inside the KSTAR. This created a plasma state where ions and electrons were separated, resulting in ions getting heated at extreme temperatures, and also maintaining the heat.

“The technologies required for long operations of 100 million degree plasma are the key to the realization of fusion energy, and the KSTAR’s success in maintaining the high-temperature plasma for 20 seconds will be an important turning point in the race for securing the technologies for the long high-performance plasma operation, a critical component of a commercial nuclear fusion reactor in the future.“

“We are honoured to be involved in such an important achievement made in KSTAR. The 100 million-degree ion temperature achieved by enabling efficient core plasma heating for such a long duration, demonstrated the unique capability of the superconducting KSTAR device, and will be acknowledged as a compelling basis for high performance, steady-state fusion plasmas.“

The team working on KSTAR said they are working to make KSTAR run continuously for 300 seconds with an ion temperature higher than 100 million degrees. The scientists plans to achieve this feat by 2025.