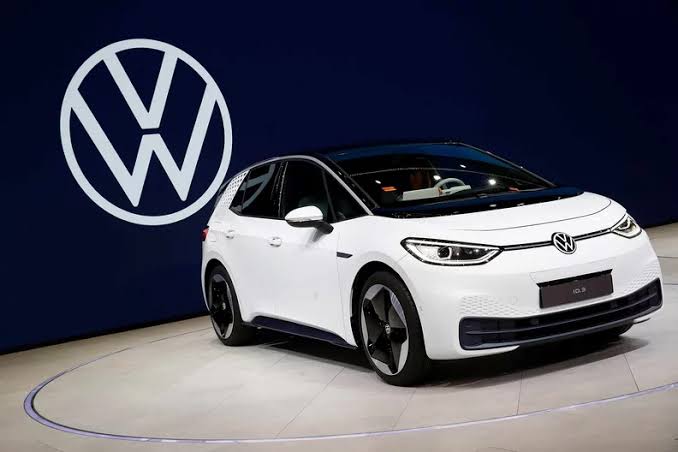 Volkswagen motors said it has developed an Electric Vehicle charging robot that is capable of charging the EV without human activity.

The German automaker said the robot it has developed, can autonomously navigate parking areas and power up an electric vehicle. The robot can and then make its way back to its outpost, without human intervention.

The automobile engineering company said it is committed to launching dozens of electric models over the next decade, as well as building and selling 1.5 million electric cars by 2025.

“Setting up an efficient charging infrastructure for the future is a central task that challenges the entire sector. We are developing solutions to help avoid costly stand-alone measures. The mobile charging robot and our flexible quick-charging station are just two of these solutions,” Volkswagen Group Components CEO Thomas Schmall said.

In theory, this is how the robot, which is programmed with blinking eyes, and R2-D2 beep, works:

When you park your electric vehicle in a parking garage, you can request to have the battery recharged – through an app. The robot wakes from where it is docked. It will then hook up to one of the mobile batteries, which it then drags to your car.

The robot plugs the battery to your car and then returns to its station, ready to field any other charging requests.

Read also: Google Has an AI That Can Create Its Own Baby AI

When your car is done charging – or you are ready to get on the road – the robot collects the battery and brings back to the charging racks, stopping to let other cars and pedestrians pass by along the way.

While the company said it has a prototype already, Volkswagen said it doesn’t have a release date for the technology.

Volkswagen group said that the car-to-X communication, which allows a vehicle to “talk” to infrastructure, will be one prerequisite for the mobile charger to reach market maturity.

Earlier this month, Volkswagen group started developing a portfolio of different DC charging products in Germany. The product includes a DC wallbox that charges up to 22 kilowatts.