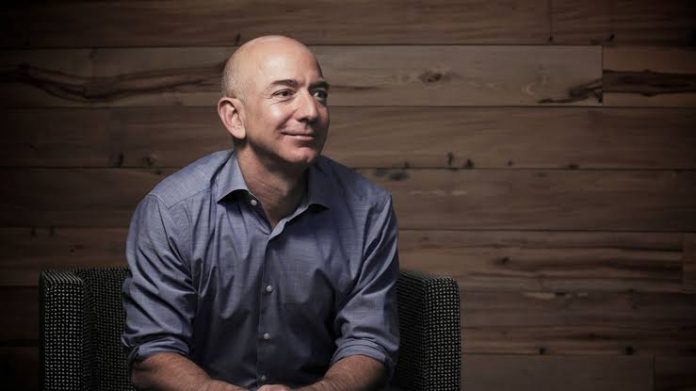 Despite being in the middle of a global pandemic, Amazon founder and CEO, Jeff Bezos, is now worth over $200 billion dollars, according to Bloomberg’s Billionaires index.

The world’s richest man, and tech billionaire is now worth over $204 billion. This made him around $90 billion richer than Bill Gates, who is the world’s second richest man.

To put this in perspective, Jeff Bezos is now worth more than Pepsi, Nike, and McDonald’s. These companies are worth between $139 billion, and $191 billion.

It is believed that the Amazon boss would have crossed the $200 billion mark earlier, had he not gone through the world’s most expensive divorce with his ex-wife – Mackenzie Scott.

Mackenzie Scott got 25% of Jeff Bezos’s Amazon shared, after their divorce was finalized in 2019. This moved $36 billion to Mackenzie Scott.

Mackenzie is now worth $64 billion, making her the 13th richest person, and the second richest woman in the world, only behind L’Oréal heiress Françoise Bettencourt Meyers.

Caused by change in consumer habit, Amazon’s stock has seen about 80% rise since the beginning of the year. This has, in cascade, resulted in Jeff Bezos’s wealth also rising.

Amazon is now valued at about $1.7 trillion, making it the second most valuable company after Apple Inc., which is valued at over $2 trillion.

56 year old Jeff Bezos was worth about $115 billion in January, but has seen his worth grow by about $85 billion since then.

Jeff Bezos has about 11% stake in Amazon’s stock. This 11% stake accounts for about 90% of his total wealth.

Bezos is not the only tech billionaire to grow his wealth. Forbes reported that Mark Zuckerberg also got $6 billion richer on Tuesday, making him $115 billion rich.

According to a research published by the Institute for Policy Study, since the beginning of the Coronavirus pandemic, the top 12 US billionaires have seen their combined wealth increase by about 40%.

These top 12 are now worth about $1 trillion in total wealth.

Jeff Bezos started Amazon in his Seattle home in 1994, and has since grown the e-commerce company to what it is today.