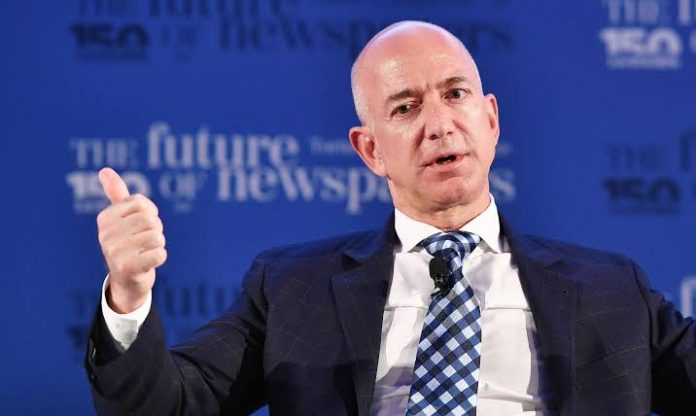 Amazon CEO, Jeff Bezos, has made it an annual tradition to write letters to the shareholders of his company.

This year, he has written same letter – which would be the last letter he would be writing as the CEO of Amazon Inc.

In Jeff Bezos’ final letter to shareholders, he thanked and praised his successor – Andy Jassy.

Jassy, who is the former head of Amazon Web Services, will be taking over the top job immediately Jeff Bezos steps down from day-to-day running of the company.

Amazon had announced in February that the change in the occupant of the company’s top position would go into effect in the third quarter of the year. Bezos will move to the role of executive chairman.

In Bezos’ letter, he outlined his ethos for the company and closed by praising Jassy.

“I want to especially thank Andy Jassy for agreeing to take on the CEO role,” Jeff said.

“It’s a hard job with a lot of responsibility. Andy is brilliant and has the highest of high standards. I guarantee you that Andy won’t let the universe make us typical. He will muster the energy needed to keep alive in us what makes us special. That won’t be easy, but it is critical. I also predict it will be satisfying and oftentimes fun. Thank you, Andy,” Jeff said in the letter.

Andy Jassy will be taking over as Amazon transitions from focusing on meeting pandemic-era needs to a new daily life amid a wider vaccine rollout.

Bezos made the announcement to leave the top role as Amazon is experiencing a boom in business – with revenue growing 44% in the fourth quarter of 2020.

Jassy would also be guiding the company through a time of increased scrutiny from lawmakers.

Amazon is currently facing multiple antitrust-related investigations from lawmakers in the United States, and the European Union.

Bezos also talked about creating wealth for shareholders, the reality of climate change, and Amazon’s day 1 ethos – which was his guiding principle for the company.

In 1997, Amazon CEO Jeff Bezos wrote his first letter to the shareholders setting a precedent for a what later because of yearly tradition.

Despite Amazon’s tiny footprint at the time, Bezos’ letter to shareholders has been a channel so lay out the company’s vision.