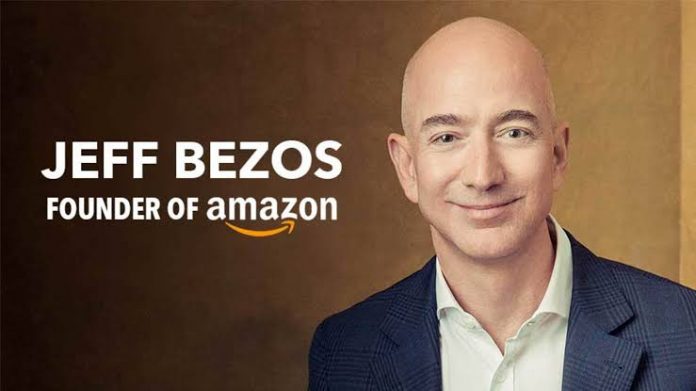 Jeff Bezos, founder and CEO of Amazon inc., will be stepping down as Chief Executive Officer (CEO) of the e-commerce giant. He would be handing over the reins to one of the company’s top employees, Andy Jassy.

According to the company, Bezos will transition to the role of executive chair later in the year. The looming transition is the most noteworthy replacement in Amazon’s corporate ranks in its over 25-year history.

Bezos’s new role would keep him in a position where he would focus on innovation at Amazon, and leave the CEO job to a trusted deputy.

Bezos has been Amazon’s CEO since its founding in 1995. He oversaw its growth from an online bookseller into a $1.7 trillion retail and logistics giant; making him one of the world’s richest persons.

In his Tuesday letter, Bezos expressed his excitement about the transition. As executive chair of Amazon, he will focus on “new products and early initiatives,” he said.

Bezos, who turned 57 last month, set up the transition to Jassy last year, after the company announced that one of his possible successors, Jeff Wilke, would soon retire. That made Jazzy the next qualified for the job

Read also: Apple’s Tim Cook Crosses To The Billionaires’ Side

Tom Alberg, a venture capitalist and longtime Amazon director who stepped down from the board two years ago, said Jassy was the obvious choice.

“Andy has lived his whole life in that culture, and that culture is so strong,” Alberg said.

Jassy joined Amazon in 1997, after graduating from Harvard Business School. At the time, Amazon had only a few hundred employees and had just gone public.

Jassy’s Amazon career is defined by him leading Amazon into a wholly new market, cloud computing – a business the company has come to dominate as it leads in the world of e-commerce.

In 2006, Jassy helped launch Amazon Web Services (AWS), which upended the software industry with its ability to rent space and software programming for customers to run their technical operations on Amazon’s vast array of servers.