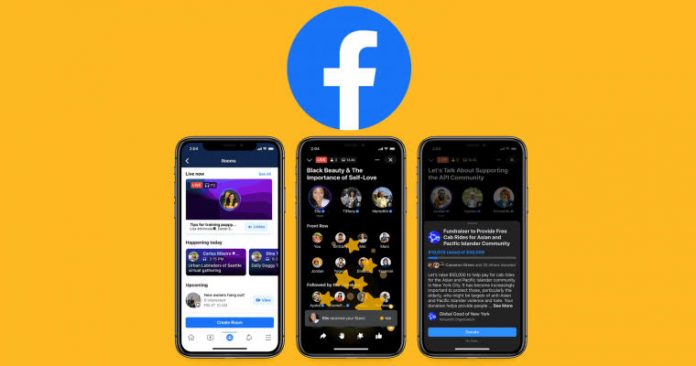 Mark Zuckerberg, CEO of Facebook Inc., has announced that the company is working on an audio features where users can engage in real-time conversations with others.

This audio feature is similar to the app – Clubhouse, which created a lot of frenzy in Silicon Valley circles earlier this year.

Mark Zuckerberg said Facebook would invest a lot in audio features, and build them out over the coming years.

Zuckerberg told Casey Newton on the Sidechannel Discord server that:

“We think that audio is of course also going to be a first-class medium, and there are all these different products to be built across this whole spectrum.”

According to a blog post by the company, the new feature will be called Live Audio Rooms, and the company plans to make it available to everyone on the Facebook, as well as the Messenger app soon.

The company also said it will start to test Live Audio Rooms within groups on Facebook.

“You already have these communities that are organized around interests, and allowing people to come together and have rooms where they can talk, I think it’ll be a very useful thing,” he said.

Facebook said it would give users the chance to charge others for gaining access to their Live Audio Rooms. The payment would be done through a single purchase or a subscription, allowing creators to monetize the new feature.

The announcement of this feature comes as no surprise, as Facebook is known to copy products from social media rivals, such as the case of Snapchat.

Zuckerberg also announced an upcoming product called Soundbites, short-form audio clips, such as jokes, that users will be able to listen to in a feed.

Facebook will use an algorithm to determine which audio clips are played for each user. The company will build sound editing tools that can be used to produce audio for Soundbites.

“It basically is creating this dynamic, algorithmic feed based on your interests around different audio content that you can consume in the background but is this snackable thing,” he said.

Facebook said it plans to make an Audio Creator Fund to pay users to create content for SoundBites. The company will start to test out Soundbites over the next few months.

Zuckerberg also added that Facebook is working on a podcast feature that will allow users to discover, share and listen to podcasts within the app.

The company also promised an integration with Spotify, which would allow musicians to share their music on the social network more easily.

The feature would allow users to easily play music within the social network, Zuckerberg said. The integration is known internally within Facebook as Project Boombox.