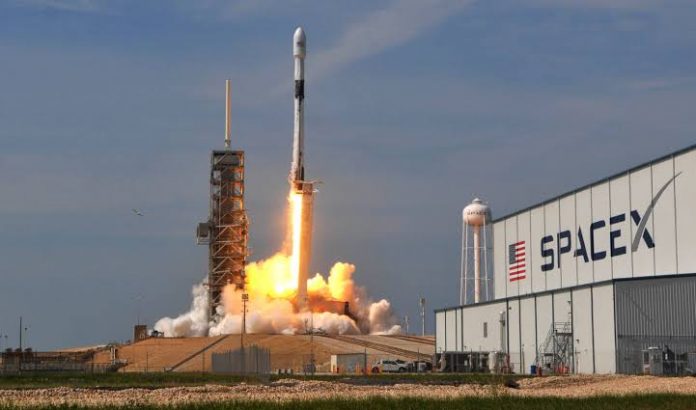 The launch of Falcon 9 is the latest of SpaceX’s rocket launches, and it transported 60 Starlink satellites into orbit.

The sixty Starlink satellites were deployed about an hour after the rocket was launched into space.

Falcon 9, which took off from the 39 launch pad at NASA’s Kennedy Space Center in Florida at around 6 a.m., returned to Earth successfully, landing on its Of Course I Still Love You drone ship in the Atlantic Ocean, the company announced.

According to SpaceX’s description, Falcon 9 is the world’s first reusable, two-stage rocket designed and manufactured for the reliable and safe transport of people and payloads into Earth orbit and beyond.

The American aerospace manufacturer and space transportation services company, SoaceX, has been launching satellites into orbit – as part of its growing Starlink constellation.

SpaceX said it is building the Starlink constellation to provide internet connectivity to rural areas on the planet.

The company has obtained permission to launch 12,000 satellites as part of the project. So far, there are more than 1,000 Starlink satellites in orbit.

Starlink also launched its beta program last year, the program has about 10,000 users.

The Starlink kit, which comes with a router and antenna, costs $499, with a monthly subscription of $99 for internet speed that ranges between 70 and 130 Mbps.

SpaceX started receiving pre-orders for Starlink in the US, Canada, and UK last month, with a $99 deposit fee.

SpaceX’s Falcon 9 launch yesterday, was the second launch in the past week. The company had earlier launched another Falcon 9 rocket last Thursday, also sending 60 Starlink satellites to orbit.

Tentatively, the next launch is scheduled to be on the 21st of March.

SpaceX plans to grow Starlink to include more than 40,000 satellites – that is five times the total number of satellites humans have launched since the dawn of spaceflight.