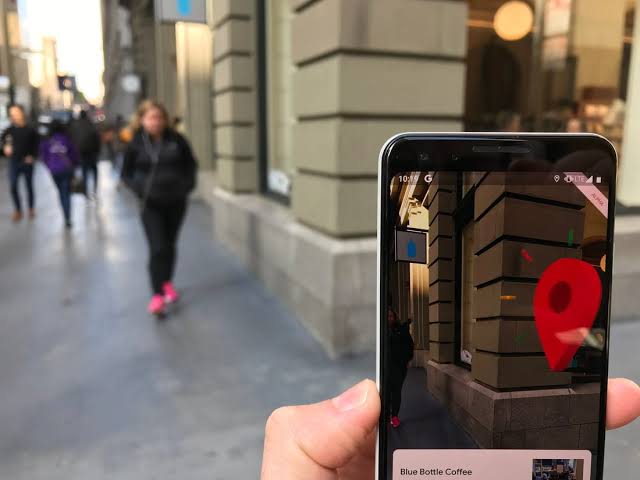 Google is announcing a bunch of new AI-Powered features to Google Maps, to make it more efficient.

The features which, according to the VP of product, Dane Glasgow, includes a new tool to help with indoor navigation and suggestions for eco-friendly driving routes.

In the blog post by Dan Glasgow, the improvements to Google Maps includes about 100 new features, and the features use artificial intelligence to make navigation on the app more efficient and eco-friendly.

Google added that if the eco-friendly route has about the same ETA as the fastest route to a location, Google Maps will default to the fuel-efficient route. This setting can, however, be changed in the app, if users so desire.

“Soon, Google Maps will default to the route with the lowest carbon footprint when it has approximately the same ETA (estimated arrival time) as the fastest route. In cases where the eco-friendly route could significantly increase your ETA, we’ll let you compare the relative CO2 impact between routes so you can choose,” Dan Glasgow said in the blog post.

The Alphabet Inc. owned company is working with the US Department of Energy’s National Renewable Energy Lab to build a routing system that takes into account traffic congestion and the steepness of roads to minimise fuel consumption, according to Glasgow.

Among the new features is the ability to navigate indoors with Live View. Live View is Google’s tool which lets you understand your orientation by using AI to scan tens of billions of Street View images.

This feature will help users understand the precise altitude and placement of objects inside a building, especially some of the  indoors places like airports, transit stations and malls – that are tough to navigate.

Another AI powered feature that’s added to Google Maps include the feature that allow users to quickly see current and forecasted temperature and weather conditions in an area.

This will ensure users do not get caught in the rain without an umbrella.

The Air quality layer also shows how healthy (or unhealthy) the air is in an area under study. Information as this can be helpful to people with allergies – informing them if they are going into a smoggy or fire-prone area.

Google added that data from partners like The Weather Company, AirNow.gov and the Central Pollution Board, would be used for these features.

Google also plans to start a new grocery pickup tool later in the year. The tool lets users share their location and ETA with the store via Google Maps.

With this, they can order grocery, and it can be ready by the time they arrive.

Recently, Google has been adding new features to Google Maps. Within the month of March, Google has added dark theme to the navigation app, and also given user the opportunity to add new streets to the app.