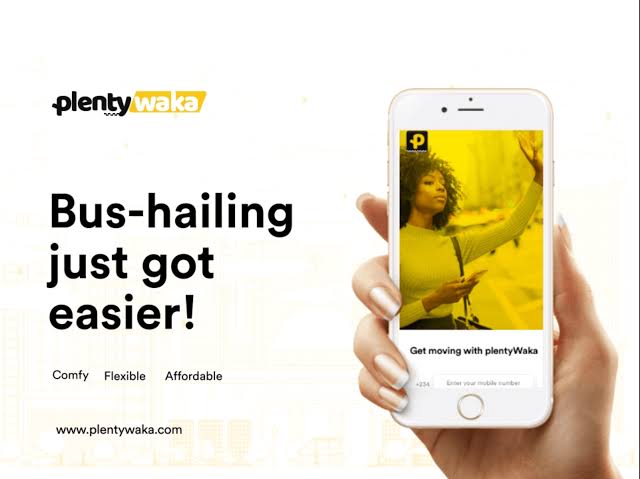 Nigerian bus-booking platform, Plentywaka, has announced that it has been accepted into the Techstars Toronto accelerator program.

Plentywaka joins nine other startups in the class of 2021.

With this admission, the startup would secure funding from the accelerator and also gain access to a network of world-class entrepreneurs and investors.

The startup is also opened to the opportunity of expanding its services globally, starting from Canada.

The startup, which was started in Lagos in September, 2019, was founded by Onyeka Akumah, Johnny Ena, John Shaibu and Afolabi Oluseyi.

The startup operates an “Uber-for-buses” model, and connects commuters with buses through its mobile app.

Techstars managing director, Sunil Sharma, confirms to TechCrunch that Techstars is backing the Nigerian mobility startup because of the transportation problem it is solving in Nigeria.

“We know that Western cities have legacy transportation systems. However, there are many transportation challenges, even in a city like Toronto,” he said. “And we think that Plentywaka’s technology and approach in improving the lives of citizens and their daily commute needs can be brought over to cities in the West just as they are in Africa,” Sharma said.

“If the opportunity we have in Toronto right now to expand was similar to what we had in Ghana or South Africa, of course we’ll be having those conversations already. But when we have the support system from Techstars, Sunil and regulators in Toronto without even putting feet on the ground, I mean that makes it exciting for us to expand to Canada,” Akumah said.

The startup found success in its first year of operation in 2019, when it moved from transporting 6 people daily in its first two months, to transporting an average of 1,500 passengers daily and over 100,000 rides within the first six month.

In August, 2020, Plentywaka closed a $300,000 Pre-seed round. The round was led by its parent company, EMFATO, and other early stage investors like Microtraction and Niche Capital.

With the Pre-seed round, CEO – Onyeka Akumah – said the company has expanded its intrastate services into two other cities in Nigeria including the country’s capital city, Abuja, and has moved about 300,000 people.

The company also, in November, expanded its services to the South-south part of Nigeria.

Plentywaka’s admission into Techstars acceleration program comes alongside the launch of the start-up’s Interstate travel service where commuters can now purchase bus tickets from a variety of bus travel companies using the Plentywaka mobile App.