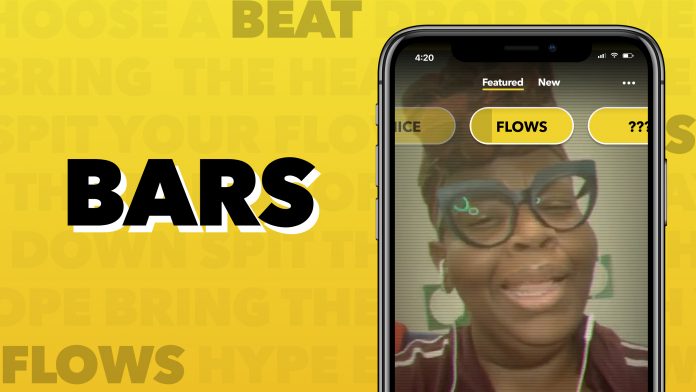 The app, which is called Bars, maintains its main selling point is that it provides the beats and allows its users create 60-second rap videos over the beat.

According to TechCrunch, the video could be posted to a TikTok-style feed, where people can watch it and mark it as “fire”. The app also promises studio quality vocal effects, like AutoTune.

The app is also packed with an auto-rhyme dictionary for those who mark themselves as “beginners” when signing up.

Users in the “Advanced” level category would be getting a Freestyle mode. In this mode, they would get eight random words to work into a 16-bar off-the-cuff rap.

The app is, however, still in beta mode, and is gearing up for its public opening. While you might not be able to lay down bars, you could sign up to secure your username.

The app would also be providing professionally made beats for users to rap on, and going by the excerpt posted on Instagram, the beats seem to deserve the adjective.

Although, the idea behind Collab might be alright, the audio quality does not match up to the quality promised by Bars.

It is believed that Bars would be able to provide a decent EQ, as it is designed to only deal with the human voice, rather than an infinite range of instruments.

Read also: How To Reduce Data Consumption On Twitter App

Bars is currently only on iOS. If the journey of Collab is anything to go by, Bars probably will not have an Android version any time soon; as Collab has not made it to Google play store, at least, not yet.