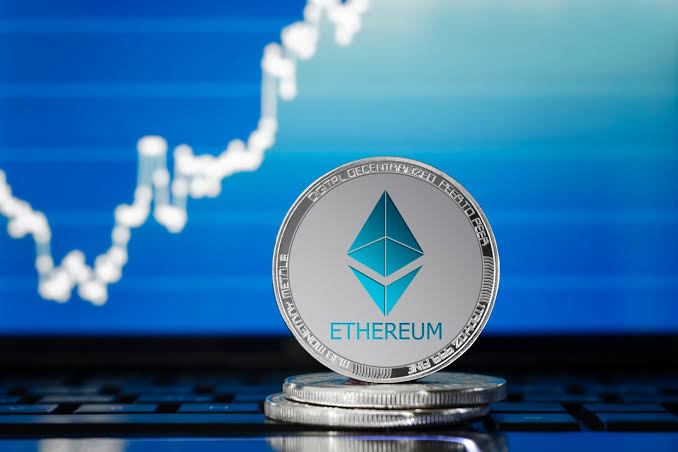 According to historical data on some major exchanges platforms, prices surged on Tuesday, crossing Bitstamp’s record of $1,420, to reach $1,439.33.

Earlier this month, Ether gave scanty hints about a possible surge, but the altcoin fell victim to a brief market correction that was triggered by Bitcoin‘s fall from $40,000 to $30,000 last week.

Ether, which is the world’s second-biggest cryptocurrency (by market value), has almost doubled year-to-date.

ETH has outpaced the top cryptocurrency on a year-to-date basis with a 92% gain.

Bitcoin, on the other hand, has risen 27% so far this year.

Bitcoin has been manning the spotlight for several months now, all thanks to a blistering rally that saw it climb up to new highs.

The digital coin shot up close to $42,000 few weeks ago, but has experienced decline since. It was last trading at $36,980, according to CNBC.

The altcoin benefited from interest in Decentralized Finance (DeFi) trading built around the Ethereum network, within the context of a broader altcoin resurgence which began taking shape earlier in January.

Cointelegraph Markets analyst Michaël van de Poppe, tweeted that if this climb by the altcoin continues, it might get to $1,600.

Ether is also up well over 1000% since the initial public sale of ETH in 2015, according to Messari.

Ryan Watkins, a researcher at Messari, added that Ether does $3 billion worth of transaction daily, more than Bitcoin.

Ethereum technology lets you send cryptocurrency to anyone for a small fee. It also powers applications that everyone can use and no one can take down.

The Ethereum blockchain was co-founded by Russian-Canadian developer, Vitalik Buterin, who remains the project’s most well-known personality.

The development of Ethereum was crowdfunded in 2014, and the network went live on 30 July 2015, with 72 million coins pre-mined.

Ethereum has already started work on implementing a series of upgrades, which is call Ethereum 2.0. This upgrade includes a transition to proof of stake.