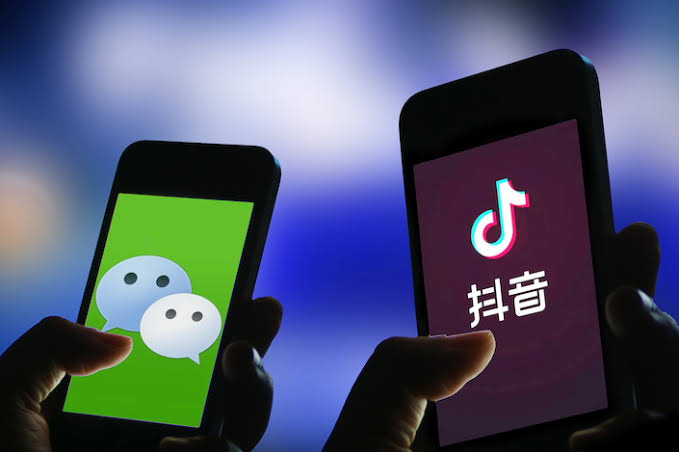 Two of the embattled Chinese apps facing a US ban, have been let off the hook, at least, temporarily.

ByteDance’s TikTok, and Tencent’s WeChat have both managed to halt the planned ban placed on them by the United States government.

Both companies have on various occasions been accused by the Trump administration of posing security threats to American users.

The US government ordered a ban on both companies in August. The ban was scheduled to take effect from the 20th of September, however, both Tencent and ByteDance have found a way to escape the ban.

The ban on ByteDance’s TikTok was pushed back when president Donald Trump said that he had given a deal between TikTok, Oracle, and Walmart his blessing. This led to the ban being delayed by the Commerce Department on TikTok’s ban, for another week.

WeChat on the other hand, also has its ban eased after a judge in California issued a preliminary injunction blocking the administration’s WeChat ban.

“The court grants the motion on the ground that the plaintiffs have shown serious questions going to the merits of the First Amendment claim.”

“Certainly, the government’s overarching national-security interest is significant, but on this record — while the government has established that China’s activities raise significant national security concerns — it has put in scant little evidence that its effective ban of WeChat for all US users, addresses those concerns,” the judge added.

“And, as the plaintiffs point out, there are obvious alternatives to a complete ban, such as barring WeChat from government devices, as Australia has done, or taking other steps to address data security.”

Meanwhile, in one of the moves to acquire TikTok, Oracle and Walmart announced that they will buy a 20% stake in TikTok.

If the deal with Oracle and Walmart succeeds, ByteDance would continue to control majority of the company.

President Trump claims that the deal will lead to a $5 billion investment in education in the US, but ByteDance has said it is “unaware” of any such agreement.

Amidst the threat of a ban, WeChat have had an increase in the downloads. This is an addition to the already over 3 million US users.