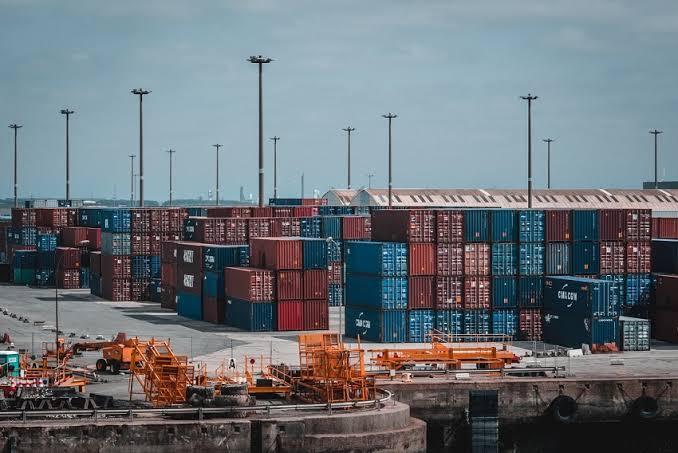 The start-up, which was co-founded in 2018 by Miishe Addy and Solomon Torgbor, aims to eliminate the problem private businesses encounter at ports and borders around Africa.

The start-up is also working to help businesses in Africa with controlling cross-border supply, without the hassles that come with the lack of coordination, slow speed, and cost of running business at African ports.

The logistics company started operations in Ghana with a Less Than Container Load (LCL) aggregation service, which allowed agricultural exporters to group their shipments into shared sea freight containers.

During his time with DEMCO, Torgbor saw cargoes sitting at container terminals for weeks, without moving forward in the supply chain.

Torgbor noticed that the delays were due to errors and incorrect paperwork at customs, importers, exporters not having working capital to pay their logistics bills, and poor coordination on the ground.

He also noticed that cargos at the export section were sometimes too small to ship, resulting in high cost to cover sea freight.

According to TechCrunch, Torgbor had a conversation with Addy, who was then teaching business at Meltwater Entrepreneurial School of Technology (MEST) – Pan-African incubator and entrepreneur training program – about the problems he observed while working with DAMCO.

Addy got an idea on how to solve the problem using technology.

“As he was talking, a light bulb went off and I thought: ‘these are exactly the types of problems that technology solves.’ We discussed and tried lots of different solutions for about a year and discovered that cargo aggregation generated strong traction almost immediately,” Addy said.

Speaking on the changes Jetstream has had to make along the way, CEO, Miishe Addy said:

“We are different from a more siloed freight management system because we are leveraging financing to integrate the customs brokers, freight forwarders, shipping lines, airlines, and container terminals all onto the Jetstream platform so that shipments can be managed and tracked every step of the way. We are bringing many of the local providers online for the first time,” Addy said of the changes Jetstream has had to make along the way.