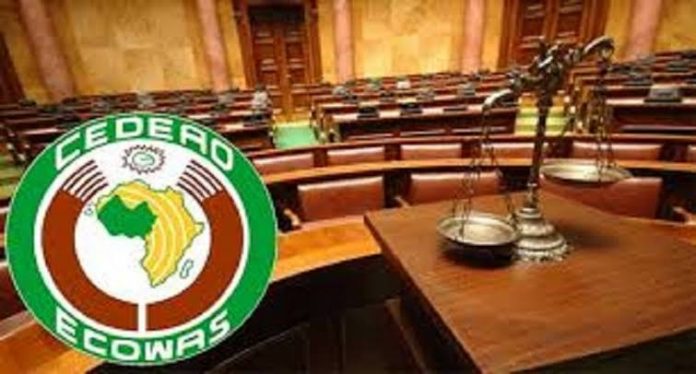 The ECOWAS court of Justice in Abuja, Nigeria, has today ruled that the Muhammadu Buhari led federal government must not prosecute, sanction, or harass anyone that uses the micro-blogging site, Twitter.

The order, which was made after the preliminary hearing of a suit filed by Socio-Economic Rights and Accountability Project (SERAP), restricts the federal government from prosecuting social media service provider(s), media houses, radio and television broadcast stations, the Plaintiffs and other Nigerians who are Twitter user, pending the hearing of the suit.

SERAP and a number of concerned Nigerians have filed a suit challenging FG’s suspension of Twitter, which happened a few weeks ago, after Twitter deleted a tweet made by the Nigerian president, Muhammadu Buhari, for going against its policy.

The suspension of Twitter activities was announced by the Minister for Information and National Orientation, Alhaji Lai Mohammed.

In the suit filed with number ECW/CCJ/APP/23/21, SERAP argued that:

The court gave the order after listening to arguments by SERAP’s lawyer, Femi Falana (SAN), and lawyer representing the government, Maimuna Shiru.

“The court has listened very well to the objection by Nigeria. The court has this to say. Any interference with Twitter is viewed as inference with human rights, and that will violate human rights. Therefore, this court has jurisdiction to hear the case. The court also hereby orders that the application be heard expeditiously. The Nigerian government must take immediate steps to implement the order.”

While reacting to the court order, Femi Falana (SAN), said that:

“The intervention of the ECOWAS Court is a timely relief for millions of Nigerians using Twitter who have been threatened with prosecution under the provision of the Penal Code relating to sedition,”

The substantive suit has been adjourned till the 6th of July, 2021, for hearing.

In related news, federal government on Tuesday, approved a team to engage Twitter Inc. over the recent suspension of Twitter service in
Nigeria.

In a statement signed by Segun Adeyemi, Senior Special Assistant to the president (media), and published by the Ministry of Information and Culture, the representative of the Federal Government comprises the:

The engagement would be chaired by the Minister of Information and Culture, Alhaji Lai Mohammed, with a view to charting a path forward.