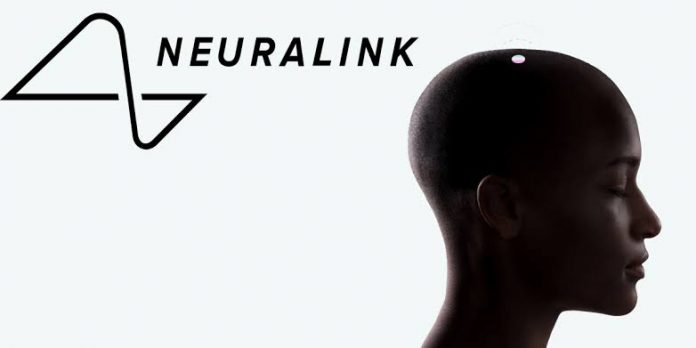 Neuralink, the neurotechnology company co-founded by SpaceX and Tesla CEO, Elon Musk, has released a video of a 9-year old monkey playing computer game using only its mind.

Neuralink has, for some years, been working on artificial-intelligence-powered microchips which they plan to implant in people’s brains, making it possible to cure paralysis and some other medical conditions.

According to the video posted on YouTube, the 9-year old male macaque, named Pager, has a Neuralink device implanted into both sides of its brain.

In the video, Pager was given a joystick that was connected to a video game, where he moves a cursor to a colored square. When he successfully moves the cursor, he’s given some banana smoothie through a tube.

The narrator on the videos said that the monkey has learned to interact with a computer for a tasty banana smoothie delivered through a straw.

He added that the two Neuralink devices record brain activity via more than 2,000 tiny electrodes implanted in Pager’s motor cortex, which controls hand and arm movements.

Afterwards, Neuralink feeds the information from the monkey’s neurons, into a decoder. The information is then used to predict Pager’s intended hand movements, modeling the relationship between brain activity and joystick movements.

The output from the decoder, can then be used to move the cursor, instead of having Pager control the game with the joystick.

In the video, the joystick was, at this point, disconnected from the console, and Pager is seen controlling the game with his brain.

Elon Musk said, on Thursday, that theoretically, the same Neuralink brain implant, could be used to give people the ability to control synthetic limbs.

While tweeting plans for the devices on Thursday, Elon Musk said the first iteration of the device “will enable someone with paralysis to use a smartphone with their mind faster than someone using thumbs.”

“Later versions will be able to shunt signals from Neuralinks in brain to Neuralinks in body motor/sensory neuron clusters, thus enabling, for example, paraplegics to walk again,” he added.

Neuralink has said, in the past, that it is developing a Bluetooth-enabled implantable chips that can communicate with computers via a small receiver. The company had earlier, demonstrated the technology in pigs.

Read also: Google Has an AI That Can Create Its Own Baby AI

A neuroscience expert at Newcastle University, Andrew Jackson, told reporters that getting primates to control video games via neural interfaces was not new.

The professor noted that similar demonstrations were done in 2002; but added that it was a good test of Neuralink’s tech.

“If you invent a new telescope, it makes sense to first point it where you know what you will see. So they are following a very sensible route to validate their device. I am sure this device will contribute to new scientific discoveries in future, especially if they make it widely available to scientists, as well as improving the usability of existing neural interface technologies for people with paralysis,” Andrew Jackson said.

Jackson added that implanting the device wirelessly in Pager’s skull, was a significant advance.

“The best thing I can see from that video is that the macaque is freely moving. There’s also no visible package connected to it. I would say that is definitely progress, not super innovative, but a nice positive step forward,” Rylie Green said.