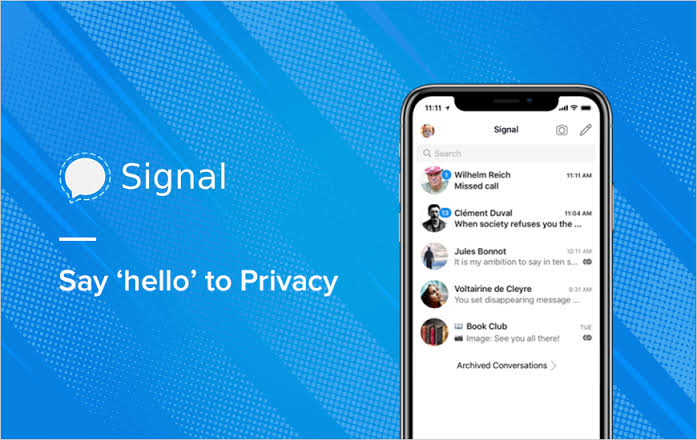 Users of the messaging app reported that messages failed to send on both the mobile and desktop apps for several hours.

The company has experienced a mass exodus to its platform since its rival, WhatsApp, unveiled new privacy terms which made its users worry about their data.

Signal confirmed the issue on its official Twitter account, with the promise that it would “restore service as quickly as possible.”

While explaining the downtime, Signal said in a tweet that:

“We have been adding new servers and extra capacity at a record pace every single day this week nonstop, but today exceeded even our most optimistic projections. Millions upon millions of new users are sending a message that privacy matters. We appreciate your patience.”

Read also: WhatsApp To Activate Video and Voice Calls On Desktop In 2021

Last week, Signal reported it had a surge of new users registering on its app. The surge started after a recommendation from Tesla CEO – Elon Musk – who tweeted to his over 42 million followers to “Use Signal.

WhatsApp’s review of its privacy policy also added to the upsurge that Signal, and fellow messaging app, Telegram, experienced.

On Wednesday, Telegram also reported that it had surpassed 500 million active users globally.

During the same period in review, WhatsApp’s global downloads reduced, going from 11.3 million to 9.2 million.