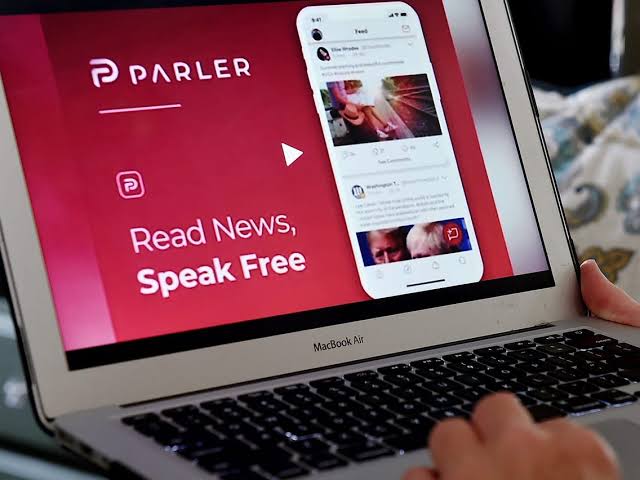 Google has suspended Parler – the alternative social media platform popular with conservatives, from its app store.

Google said the app was brought down because it has posts inciting violence, citing that this goes against its policies.

According to a report by CNN, Google said its app store has long required that apps displaying user generated content have moderation policies in place to prevent the spread of violent rhetoric.

Apple Inc has also removed the app from its store. This came after Parler was given 24 hours to submit a detailed moderation plan, pointing to participants using the service to coordinate Wednesday’s siege of the U.S. Capitol building.

The actions by the two companies mean that Parler would no longer be available for new downloads from both their app stores. However, the app might still be accessible on third party app stores.

A spokesperson for Google said:

“We’re aware of continued posting in the Parler app that seeks to incite ongoing violence in the US. We recognize that there can be reasonable debate about content policies and that it can be difficult for apps to immediately remove all violative content, but for us to distribute an app through Google Play, we do require that apps implement robust moderation for egregious content. In light of this ongoing and urgent public safety threat, we are suspending the app’s listings from the Play Store until it addresses these issues.”

Parler is a relatively new platform that bills itself as a free speech alternative for conservatives who believe that larger platforms are censoring their views.

Right-wing social media users in the United States have migrated to Parler, Telegram and Gab, citing the more aggressive policing of political comments on mainstream platforms such as Twitter and Facebook – both of which have permanently suspended President Trump’s account.

Before suspending the service, Google pointed out examples of posts from Parler that goes against its policy. An example is a post that starts with “How do we take back our country? About 20 or so coordinated hits” and another post promoting a “Million Militia March” on Washington.

Parler Chief Executive, John Matze, said in a post on Friday that Apple was applying standards to Parler that it did not apply to itself.

In response, Apple said that:

“Content that threatens the well-being of others, or is intended to incite violence or other lawless acts has never been acceptable on the App Store.”

In an email acquired by Buzzfeed, Amazon Web Services, which is the company that hosts Parler’s server, said Parler violated its terms of service due to an increase in violent content shared on the website.

Amazon said it “cannot provide services to a customer that is unable to effectively identify and remove content that encourages or incites violence against others.”

“Because Parler cannot comply with our terms of service and poses a very real risk to public safety, we plan to suspend Parler’s account effective Sunday, January 10th, at 11:59PM PCT,” that is 8:59pm Nigerian time.