Nigerian startup Indicina, which has developed a data-driven lending platform that digitizes the credit value chain, has raised a six-figure US dollar funding round as it looks to further build out its product.

The startup offers a cloud-based software to digitise the lending business, with its flagship product Originate taking an analytics-driven approach to lending. It empowers clients to unpack the credit value chain and digitise each step, including identity verification, credit decisioning, and disbursements and collections.

Indicina raised US$100,000 in capital last year, and recently closed a new, larger six-figure round from investors including Acuity, Kepple, Itanna and Future Africa. Chief executive officer (CEO) Yvonne Johnson told Disrupt Africa the funding would be used mainly for product development, in areas such as engineering and artificial intelligence (AI), as the startup looks to build on already-impressive uptake.

Indicina provides both, with Johnson saying its competitive advantage over other players in the space was its deep understanding of the financial services industry across key emerging markets. Johnson herself previously led the Strategy team at First Bank of Nigeria. 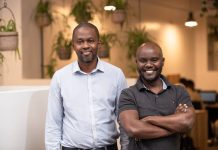