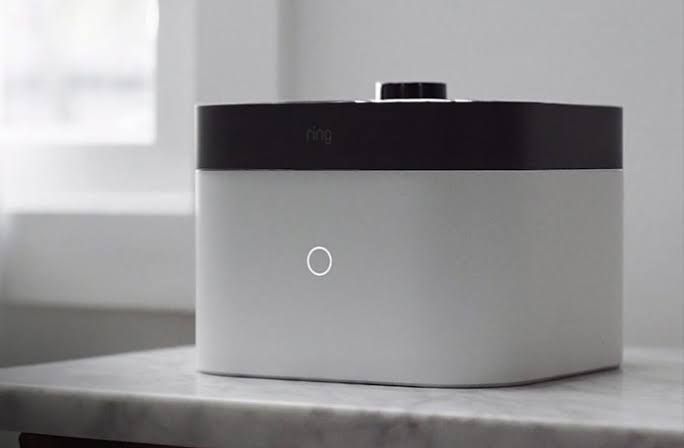 Amazon has stepped up its home security tech by unveiling the “Ring Always Home” surveillance drone.

The tech is an autonomous drone that is capable of flying around and inside the house to give its owner a perspective of any part of the house.

Once the drone cam is done with its assigned flight, it docks to its provided station to charge its battery.

It is a small and light weighted device fitted with HD camera, and intended for home security.

The drone is designed to be activated when residents are out of the house. It can automatically fly on preset paths to specific spots in the house, streaming video of what it sees along the way to its owner’s smartphone.

Users can set up paths for the drone via a smartphone app, or if the drone detects motion in a part of your home it can fly on its own to that spot and take video of what’s going on.

When the cam is triggered by a suspected break-in, its owners will get a smartphone alert to let them see live footage.

According to a report by BBC, one campaign group described the drone camera as Amazon’s “most chilling home surveillance product” yet.

Amazon acquired Ring in 2018. Ring is a start-up based in southern California. It makes internet-connected doorbells and home cameras.

The start-up has been in negative news due to its privacy concerns. This concerns are expressed by some digital security and privacy experts, about the drone camera.

“It’s difficult to imagine why Amazon thinks anyone wants flying internet cameras linked up to a data-gathering company, in the privacy of their own home,” said Silkie Carlo from Big Brother Watch.

Leila Rouhi, president of Ring, has explained that the drone “only reports when it’s in motion, and when it’s not in motion it actually sits in a dock where it’s physically blocked from even being able to report.”

The drone is set to be available in the market in 2021, and would, at first, be limited to US market, before extending to other countries.