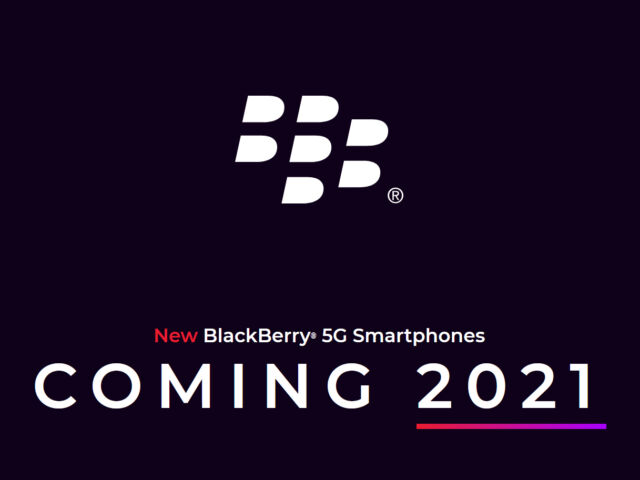 Just as Nokia rose from the ashes of its past, it seems like BlackBerry is about to pull the same stunt, come 2021.

The smartphone brand that dominated the world with its mobile operating system, prior to the advent of Android and Apple devices, will be getting a reboot.

BlackBerry was licensed to TLC to make new devices carrying the brand. However, earlier this year, the Chinese company ditched BlackBerry, after series of failed attempts to resurrect the smartphone brand.

A new startup – OnwardMobility, is partnering with FIH mobile (a subsidiary of Foxconn Technology Group), to start producing new BlackBerry smartphones with the nostalgic QWERTY keypads.

Although, the exact date of arrival of new BlackBerry smartphones is not yet known, reports have confirmed that the devices will start hitting the market in the first half of 2021.

OnwardMobility have confirmed that just like the previous BlackBerry smartphones, the new devices will run on Android Operating System.

The company also confirmed that the upcoming devices will have support for 5G network, and also come with the signature QWERTY keypad, which BlackBerry devices are known for.

It is expected that the coming devices will be having lots of encryption to give users a secure experience.

“Enterprise professionals are eager for secure 5G devices that enable productivity, without sacrificing the user experience.”

He further said that, “BlackBerry smartphones are known for protecting communications, privacy, and data. This is an incredible opportunity for OnwardMobility to bring next-generation 5G devices to market with the backing of BlackBerry and FIH Mobile.”

BlackBerry devices were forced to the background after Apple and Android built, and dominated the mobile operating system world with their duopoly.

BlackBerry stuck with its OS for too long, and refused to join the moving train, this affected their initially large market share.

It wasn’t until 2015, that BlackBerry produced its first Android powered smartphone – BlackBerry Priv.

However, it was rather too late, as brands like Samsung, and other Chinese mobile phone companies had already taken over the world with their Android devices.

BlackBerry was later licensed to TLC, which went ahead to make the BlackBerry KeyOne and Key2. These two devices were dubbed as faithful-but-expensive.

While Research in Motion, and TLC already tried, and failed with Android powered BlackBerry smartphones using QWERTY keypads, it is unsure what magic OnwardMobility has in its sleeves.

5 EASY WAYS TO USE LESS DATA ON ANDROID PHONES!