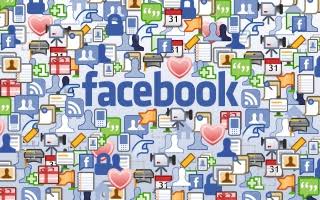 An Italian court has ordered Facebook to pay an Italian developer US$4.72 million in damages over the social media giant’s “Nearby” feature.

According to a report published by Reuters, the appeals court that is based in Milan, upheld a 2019 ruling that established that Facebook intentionally copied the “Nearby” feature from developer Business Competence’s Faround app.

The copyright case against Facebook was started in 2012. In the same year, Faround was launched by Business Competence. The app was made to help users find Facebook friends near their area, and it immediately gained traction in Italy.

However, a few months later, Facebook introduced “Nearby” feature to its app. The introduction of Nearby into Facebook’s app, created a competition with apps like Yelp and Foursquare, and this affected the download rate of Faround, negatively.

In response, the Italian developer filed a lawsuit. The court issued a preliminary ruling in the developer’s favor in 2016.

Facebook agreed to discontinue the “Nearby” feature in Italy, while it appealed the court ruling. However, subsequent courts also ruled in favour of Business Competence, ordering Facebook to pay the Italian software developer $4.7 million.

This is not the first time Facebook would be facing issues surrounding copyright. Just last month, the Federal Trade Commission (FTC) filed a lawsuit against the social media giant, claiming that Facebook harmed competition by purchasing smaller companies to remove threats to their business.

The said lawsuit centres on the acquisitions of the social media company, particularly its $1 billion purchase of Instagram back in 2011. In addition to its acquisition strategy, the attorneys general allege that Facebook used its power and its reach to stifle user growth for competing services.

Few months ago, the US congress opened an antitrust hearing against Facebook and other tech giants like Google, Apple, and Microsoft, due to the way they treat competitions and process data.